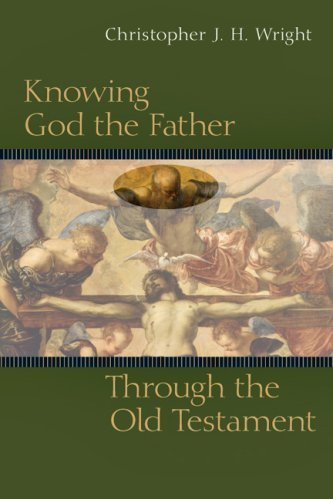 This review can also be found in my writing section in a PDF download format. In the text by Christopher J. H. Wright titled Knowing Jesus Through the Old Testament, Wright outlines a precise argument for the existence of Jesus of the New Testament, as seen from within the Old Testament.  It is evident, from the opening chapter, that Wright’s intention for writing this volume was to take his readers deeper into the life of Jesus while showing the audience a side of Jesus not often studied in the current evangelical culture today.

This review will present an overview and critique of Wright’s Knowing Jesus Through the Old Testament through a summarization of the text and a discussion on Wright’s conclusions.

Wright, born to missionary parents serving in Brazil during the Second World War, grew up in Belfast, Northern Ireland, as an Irish Presbyterian and was educated in Cambridge in the 1960’s.  Before being ordained in the Anglican Church of England in 1977, Wright served as a high school teacher, and later would go on to serve as an associate pastor before moving his family to India to teach at the seminary level.  Wright continues to work as an author and is the International Director for Langham Partnership International (LPI), a ministry that works with other pastors, publishers, and educators.

Wright has authored several books that focused attention towards interacting with the Old Testament, God, and the Holy Spirit.  With the depth of Wright’s books, He is sometimes viewed as an author who writes more for those seeking solid food than for the spiritual infant (Hebrews 5:12-14).

Summary of “Knowing Jesus Through the Old Testament”

Wright takes on the task of showing Jesus in the Old Testament by examining Jesus in five different dimensions; the story of Jesus, the promises declared and fulfilled, and His identity, mission, and values.  Pulling heavily from the book of Matthew, Wright takes time in the first section to examine the importance of the genealogy of Jesus in a way not often addressed by the casual congregant.  This in depth look at the foundation of the story of Jesus is tied back to the Genesis stories and the historical context of Abraham to David to Jesus Himself.  While the book of Matthew does this as well, Wright goes beyond Matthew to pull from historical information including a look at how Jesus interacts with historical Israel and the inter-testamental period (Wright 1992, 19-24).

In the second section of the book, Wright reviews the promises of Jesus from the time they are declared in the Old Testament text, methodically moving through the various covenants, or guarantees, made leading up to and including the New Covenant promise of the New Testament.  Wright equates the covenants of the Old Testament to that of tributaries, which all feed into a main large stream, and that the life of Jesus must be viewed in light of all the previous covenants.  According to Wright, the New Testament writers based their knowledge of Jesus and His ministry upon already known Hebrew scriptures, showing that the Old Testament “declared the promise which Jesus fulfilled.” (102)

Section three focuses on identifying Jesus as son.  In this section Wight looks at the relationship the New Testament has with Jesus and compares that to the family relationship that Israel has to God (118).  Expressed in the father-son relationship, the comparison made is shown through the attitude of God, and the expectations of God, towards the Israelites, and broken down from a national level to a personal level. (122)

As Wright moves through the main portions of his text into section four, the discussion turns to the mission of Jesus, the expectations of the Jews at the time of His ministry, and how His mission is related to the Old Testament.  Relying heavily on the book of Isaiah here, Wright identifies Jesus, the Servant, with the Israelites and with the coming restoration of Israel from captivity (158, 161).  The argument continues by pointing out the promise and message of God was to first go to the Jews, then to the Gentiles as Paul stated in Romans.  Wright concludes this section with a look at the mission of the church as servant, highlighting the historical abuse of servant-hood by the church that it must now overcome (180).

The fifth and final section examines, in depth, the scriptures and values that Jesus pulled from during His earthly ministry.  Wright shows how much Jesus relied on the Old Testament, and the Law, from everything to being tested in the wilderness by Satan to His many parables while teaching others.  As Wright systematically walks through the teachings of Jesus he again points out the universal message of salvation is to go out in obedience to God, first to the Jewish nation, and then to the Gentiles, while correlating Jesus’ words in the New Testament to that of Exodus, Leviticus, and Deuteronomy.  As Wright concludes, he takes a look at Jesus and his use of the book of Psalms and the reign of God.  Examples are taken from various Psalms that show reference to Yahweh as king, sitting on the thrown of God, and how God’s rule aligns with human life on earth, even in it’s current form (243).

Interacting with “Knowing Jesus Through the Old Testament”

Wright has taken a complex topic, one that is rarely discussed in the evangelical “New Testament” Church of today, and presented a historical and possibly more complete biblical view of Jesus.  As is often the case in the 21st century Church, many fail where Wright has succeeded in conceptualizing a true picture of Jesus portrayed in the Old Testament.  Although at times Wright uses large blocks of Old Testament text tied together to describe seemingly less complex conclusions (see 107-116 to conclude Jesus is the Son of God), he provides a valuable resource for the Christian able to consume “solid food” (Hebrews 5:12).[1]

The initial section largely pertaining to the genealogy of Jesus started an important basis for interweaving the life of Christ and the stories of the Old Testament.  Something seen as perhaps not stimulating enough for the modern reader, the genealogy is of the utmost importance and provides that direct connection of Jesus to the Old Testament.  Wright properly compares and contrasts the less interested Christian, and other concepts he has discovered in areas throughout the Old Testament, as the ‘Caroling Christians’ (8).  This premise used to describe our modern day luke-warm Sunday going Christians of our culture today is not only something that Wright brings to light, but he also indirectly charges those current teachers and pastors with the responsibility of connecting Jesus with the Old Testament, and therefore bringing discipleship to the ‘Caroling Christians’, and the Church body.

As Wright moves forward, he often pulls from history and what it offers in teaching and reproof.  His look at the inter-testamental period showed how much the Jew of that time depended and relied on scripture (23), later showing that Jesus also relied on the Old Testament text as well, even going as far to point out the obvious, that Jesus didn’t even read the New Testament (ix).  The author makes the point to show how utterly deficient the modern, or post-modern, Church is in understanding the importance of the Old Testament text in regards to their own faith.  While this is most certainly the case today as countless scholars and pastors have pointed out, Wright could have examined this even closer going beyond the preface of the text, although the completed work is a conclusion to this premise.  Jesus did not have the New Testament to use and evaluate His own life, as Wright points out, Jesus answered the questions of His own life by using the text of the Old Testament.[2]

As Wright continues into the heavier sections of the book he does not stop challenging his reader to a higher understanding of the complex issues at hand like the differences between a guaranteed promise and it’s corresponding fulfillment with the predictions made (68).  The extended discussion on the covenants, or international treaties as he properly describes them, is so vital to understanding the Old Testament and how it relates to Jesus, that Wright does well in almost placing a mandate on pastors and teachers to examine these topics in greater detail for the benefit of their own students (78-80).  Many full-length scholarly reviews have been completed on Wright’s work, most complimenting the ability of Wright to explain a more proper understanding of the relationship between Israel, God, and His Son Jesus, while taking an approach using biblical scholarship rather than systematic theology.[3] Paul Alexander notes that Wright’s work can “help us avoid becoming practical Marcionites” by only preaching the Old Testament as an introduction to the New Testament.[4]

Wright presents the Church with an opportunity to bring the Old Testament back into the fold of Sunday morning worship.  Jesus Himself relied on the Old Testament as the authoritative Word of God, which is often put aside in the more modern form of evangelism.  Although possibly repetitive at times, Wright’s arguments are presented in a clear and rationale manner and provide a concise correlation between the Jesus of the New Testament and the God of the Old Testament.  A thorough examination of this book, and perhaps Wright’s other two books as well, would not only benefit the reader but those people the reader currently leads in faith.

One thought on “Knowing Jesus Through the Old Testament by Christopher Wright :: Review”